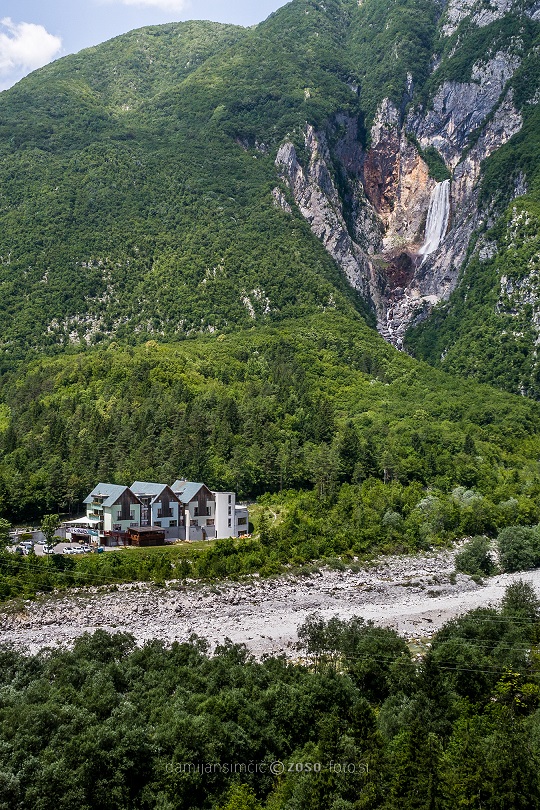 Located outside the hustle and bustle of the city, we can offer guests a real vacation in nature and the opportunity to recharge the physical and mental batteries. The hotel is a great point for all cyclists and hikers, as from the hotel even without a car we can reach all the popular excursion points in the area. 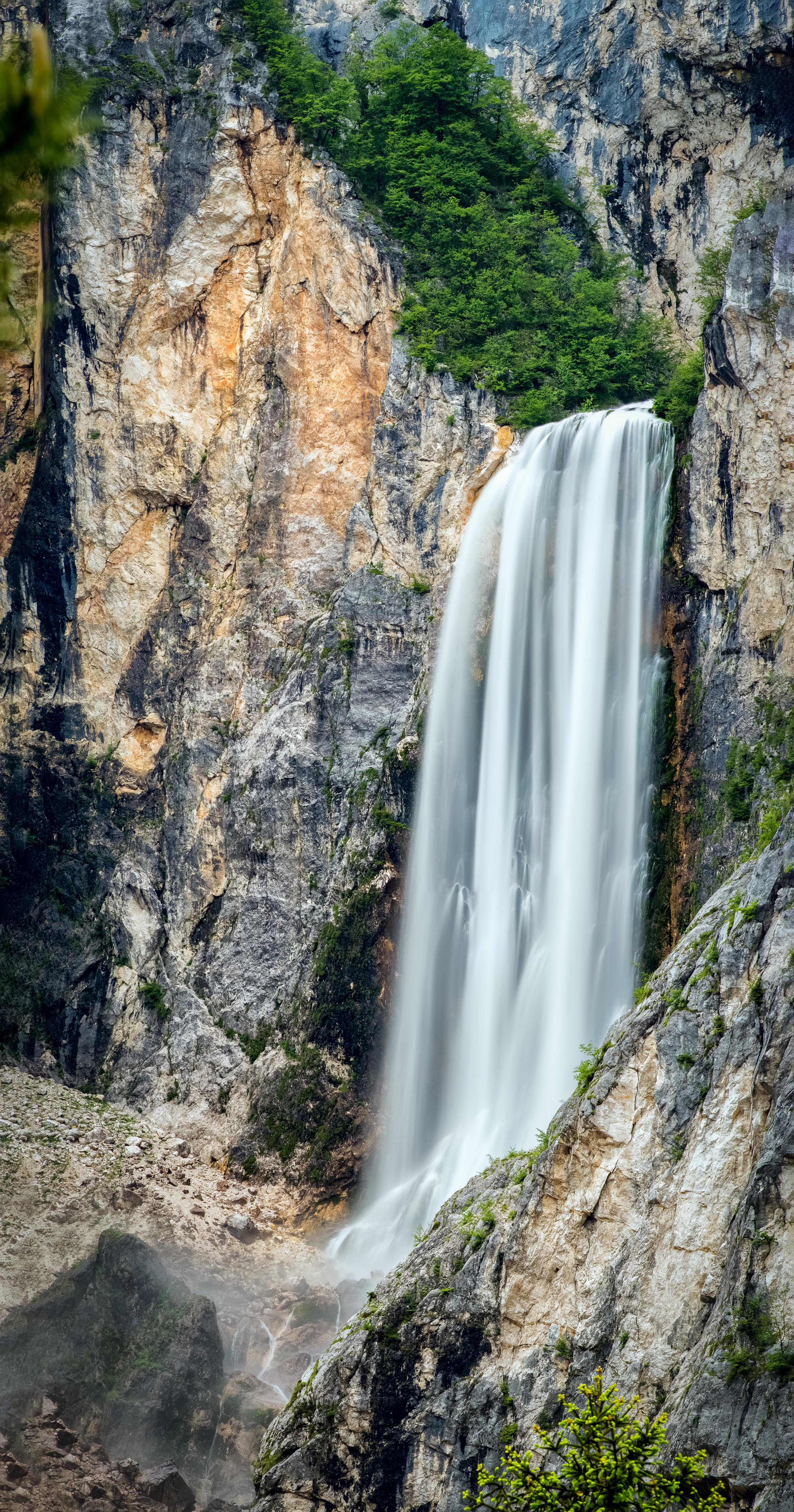 Hotel Boka is proudly named after Slovenia's highest waterfall Boka (106m), which is only so far away that at night we can hear a lullaby that the waterfall drops to the lowlands into tributaries. Right at the foot of the hotel flows Slovenia's most beautiful river… emerald Soča and with its beauty adorns the already beautiful views of the hotel surroundings. The views of the Julian Alps and the Kanin Mountains are truly magnificent. But we are probably most proud to be one of the few in the valley from where the mighty Triglav shows itself so beautifully in all its beauty. 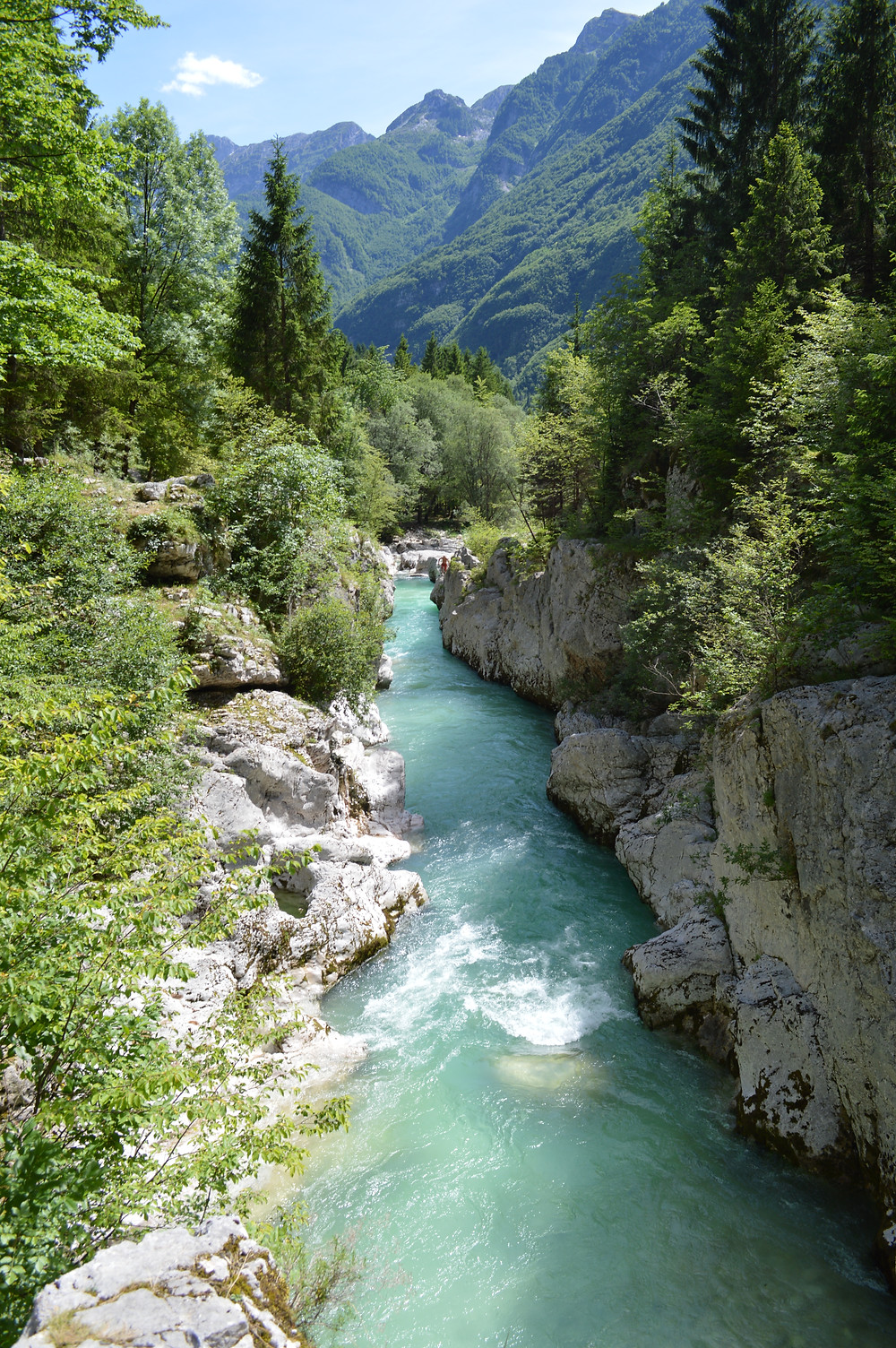 3. Rest in the Triglav National Park

Hotel Boka and its surroundings are an excellent outdoor playground for your active holidays. We will tell you about the best hiking and biking trails that will take you to our favorite points off the beaten track. 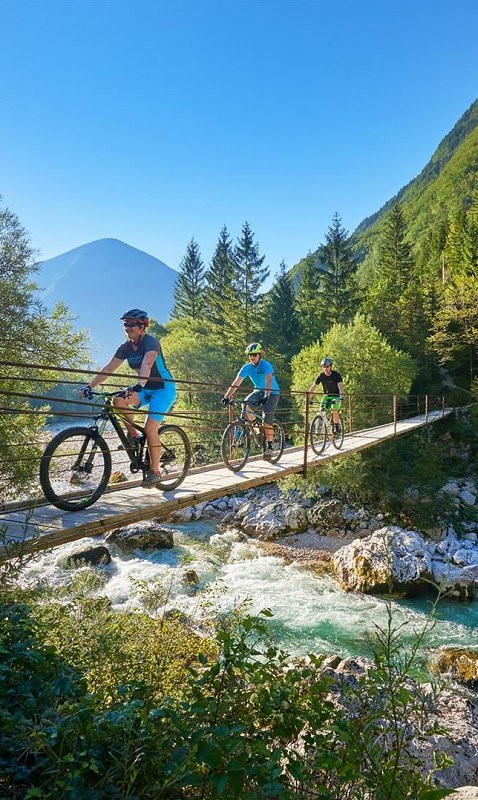 There are many easier and more demanding tours available. If you plan to go cycling on your own, we offer mountainbike rental. However, if you want to experience the most attractive and scenic routes and visit the most hidden mountain corners that would be difficult to find yourself, a guide can also take you there. 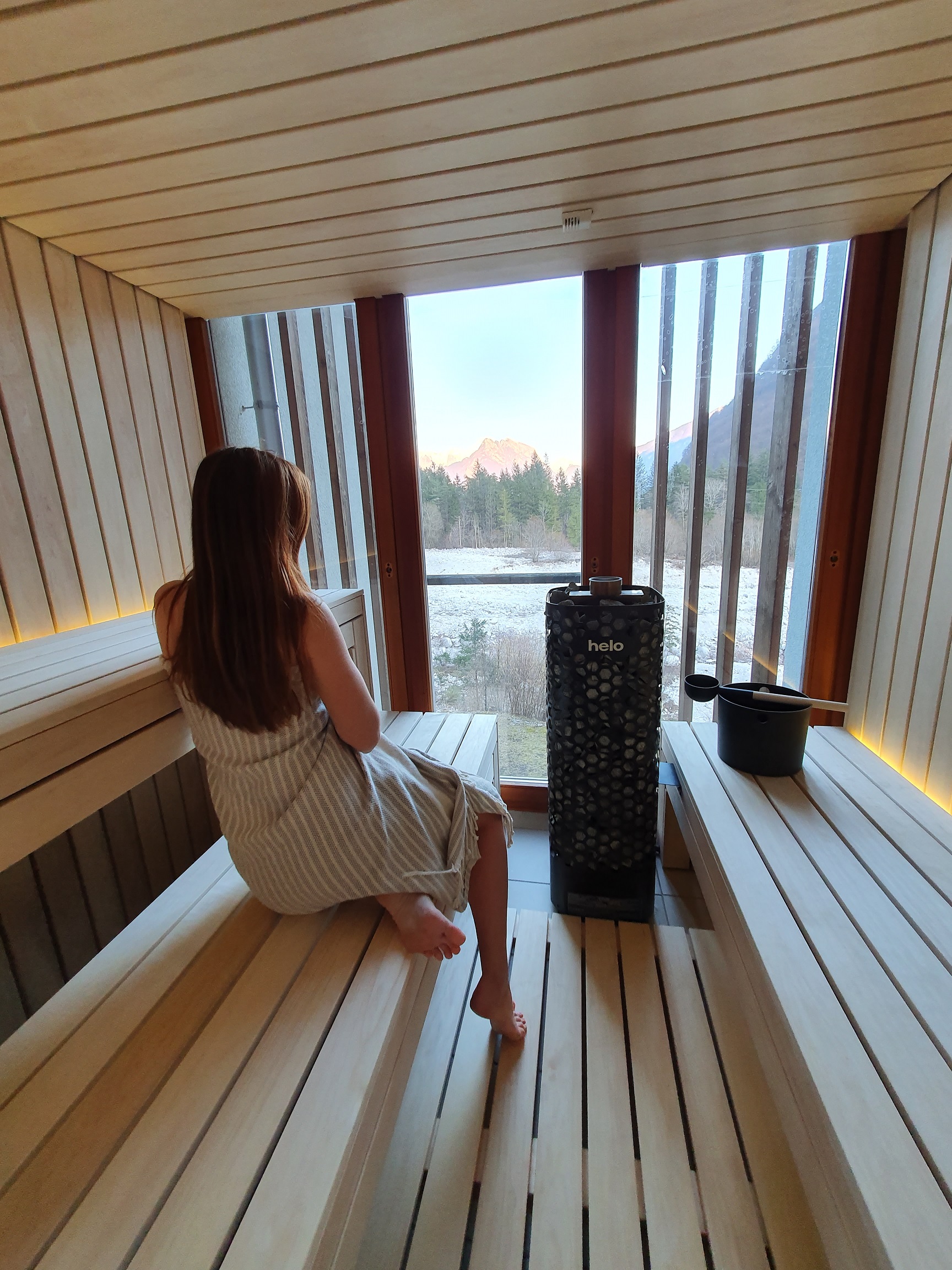 The views of Julian Alps with Triglav and the river Soča from the sauna is spectacular. After a full day of skiing, autumn or spring hiking, we will take care of your relaxation and well-being. We also offer individual use of the sauna. Next to the sauna there is a small relaxation area with access to the balcony.

At Hotel Boka we follow sustainable development, use 100% natural cosmetics and cleaners, and advocate for local products and providers. Nature should be our second home. 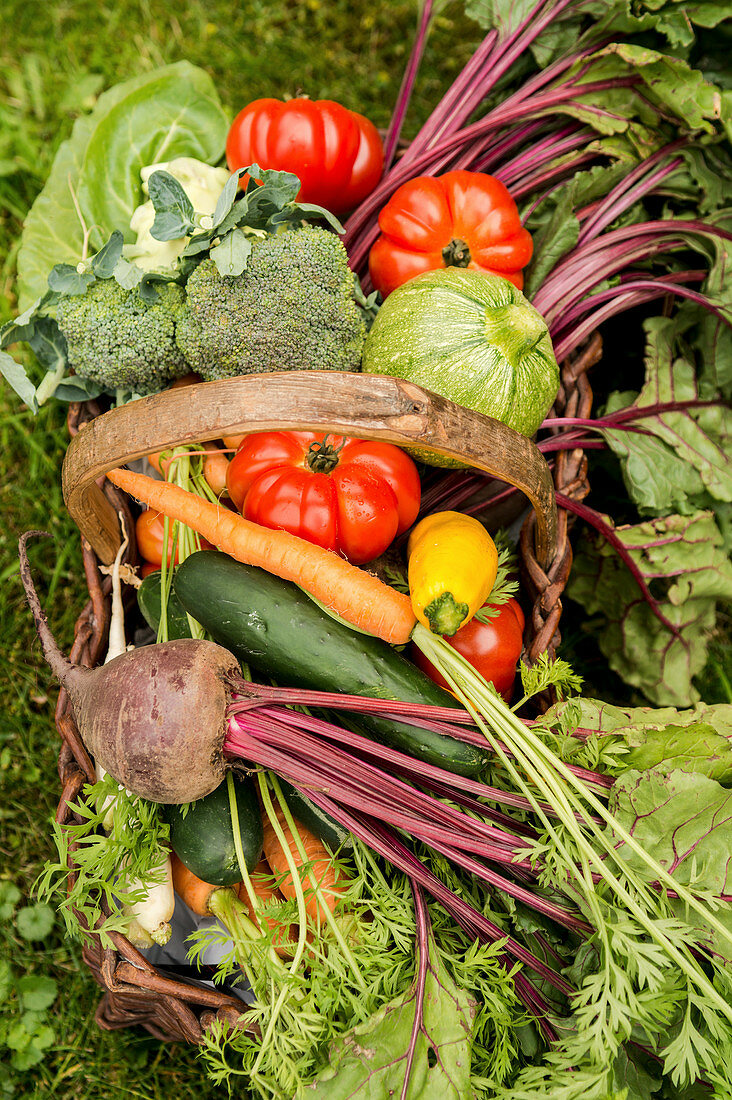 Fresh salad, crispy potatoes from Gaja’s garden, fragrant rosemary and spicy thyme as well. They pick beautiful potatoes from the fields, pick sweet strawberries to make homemade jams. Local products, seasonal menus and a sustainable attitude is what we believe in. Hotel Boka will at least partially conjure up this vision and turn your stay into a "green holiday". 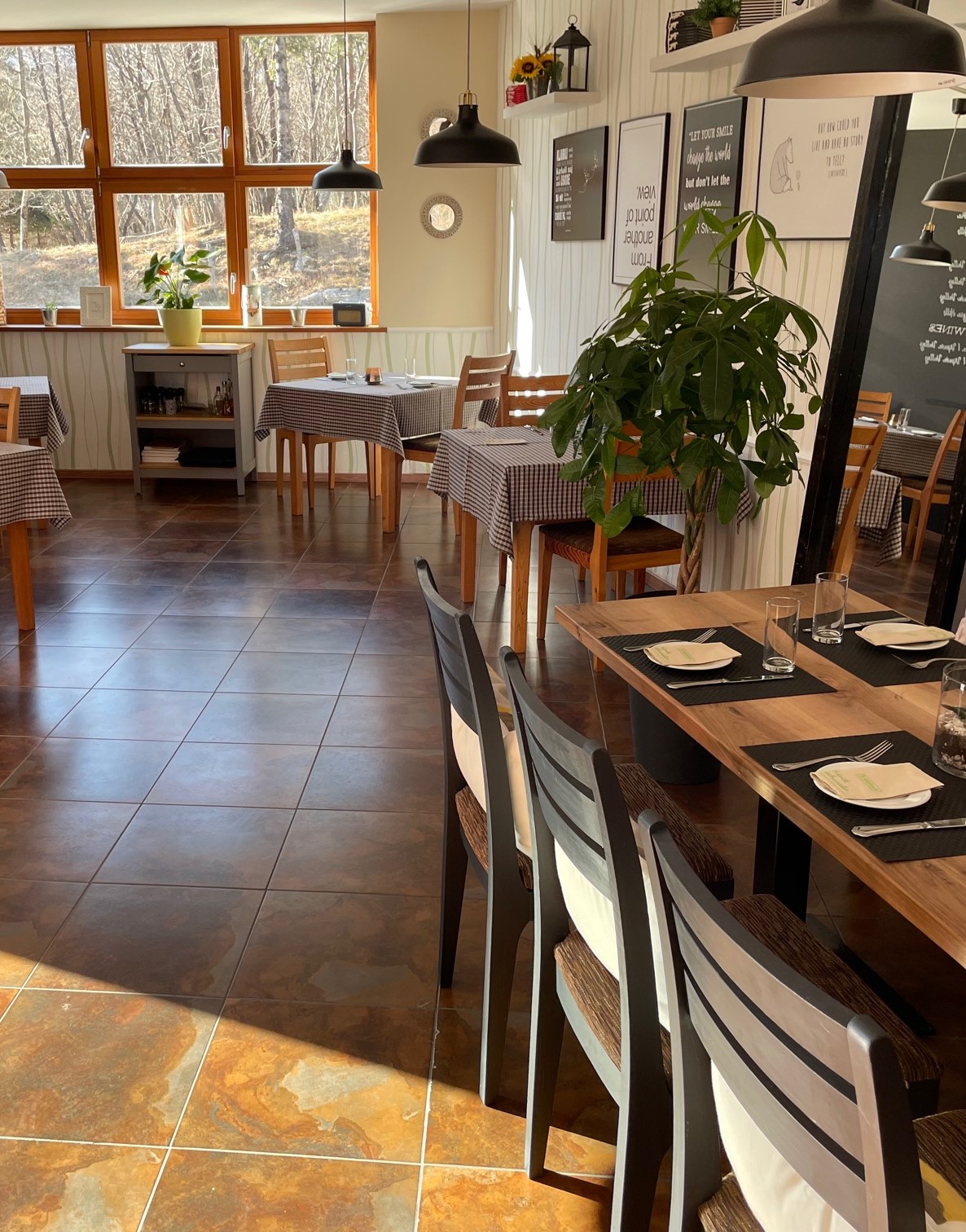 With us, time flows differently. The flavors of Boka will caress your palates and satisfy all your senses. Everything we prepare is from fresh ingredients. We follow local recipes. In order to meet your expectations, the menus are carefully selected. Sit comfortably. Indulge in the pleasant pulse of the Boka bistro ambience. Enjoy the stunning view. 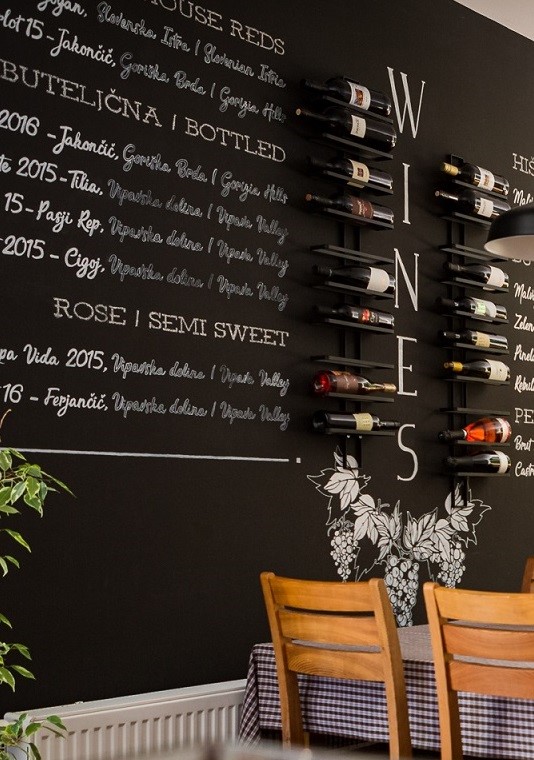 There is no good food without good wine. Boka Bistro cooperates with several winemakers from Slovenian wine-growing regions (Goriška Brda, Vipava Valley, Karst, Primorska). The Miška Wine Cellar (Erzelj in the Vipava Valley) and the Jakončič Wine House from Kozana in the Goriška brda are our in-house winemakers. 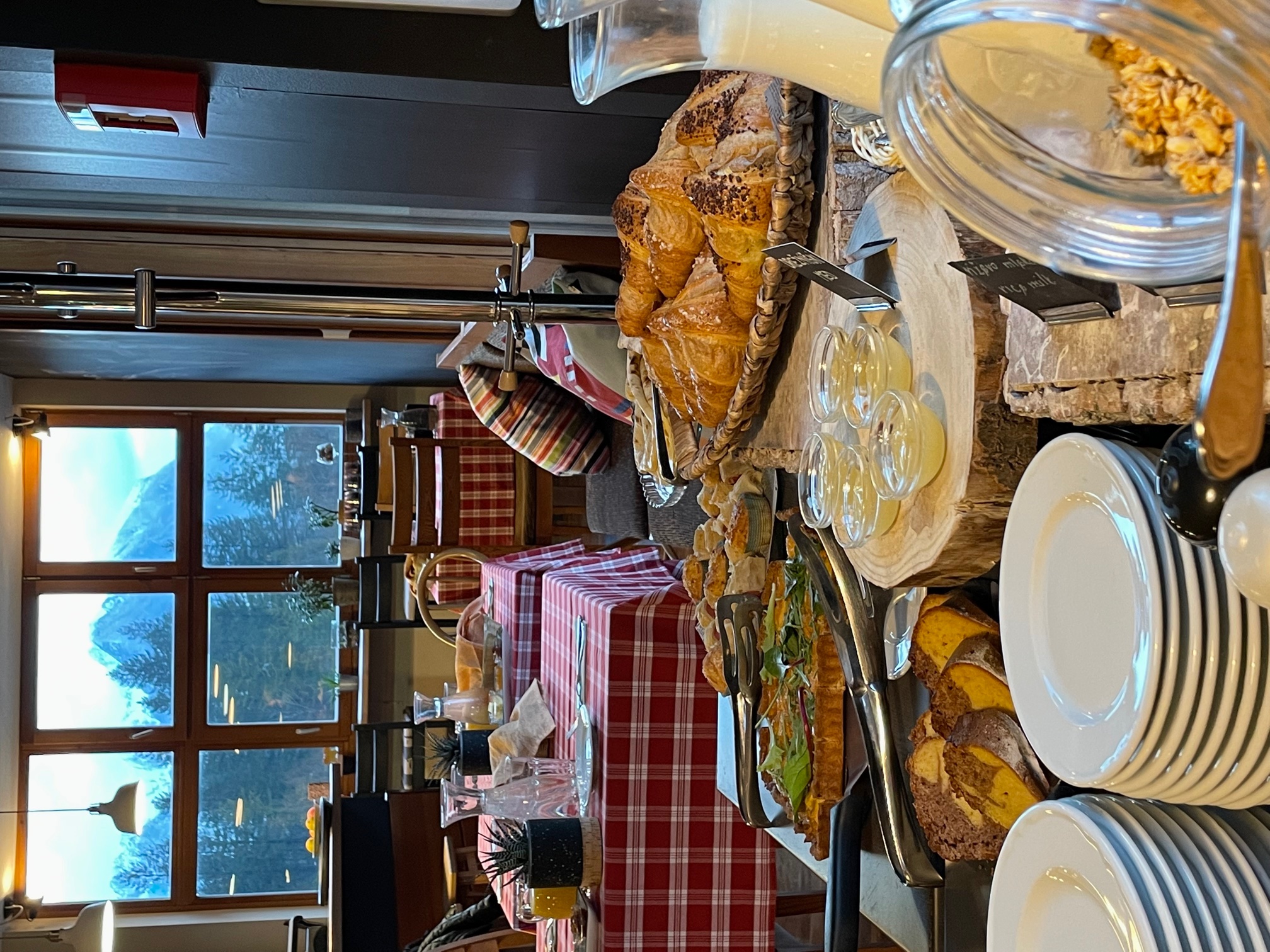 The most beautiful mornings are in the morning (FEO - local artist). Therefore, breakfast in Boka is prepared from local and home delicacies. Dairy products of Mlekarna Planika, honey produced in the valley, home-made jams, spreads and sweet snacks, and seasonal fruit.

HOTEL OPENING TIMES
Hotel is open. You are welcome!